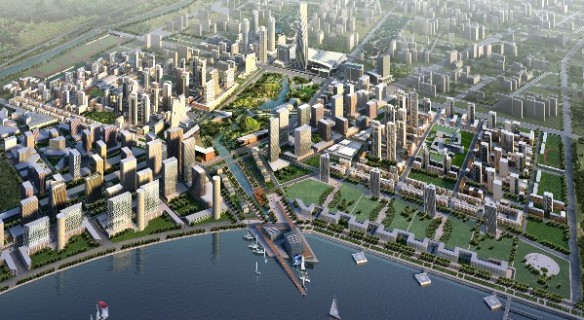 At a total estimated cost of $35Billion, and slated to be completed by 2014, Songdo International Business District, the world’s largest commercial development ever built will house more than 65,000 residents in Incheon, South Korea.

And here’s the kicker- it’s being built all at once!

GALE International, based in New York City, is the developer and the master plan was designed by  Kohn Pedersen Fox.

This is the first video from Chad. Listen along as he shares his process for building the best pineapple martinis!

Chad really is the ultimate bachelor. But he is finally ready (he claims) to find the right girl to settle down with, which some people think is crazy because he is very successful at being single and is very well off so he can afford to stay single successfully.

Anyway, Chad hates loves when I tell people this- he was named in Cosmo magazine as America’s 8th most eligible bachelor a few years ago- the local news came out and interviewed him and and made a big deal out of it, which, of course, I think is funny and cool. So if you visit his Facebook page or attend one of the parties, make sure you tease him about it congratulate him.

I've been in real estate my entire professional life, since I was 19 years old. And now more than twenty years later I have seen and been through a lot.

I've been a Realtor, broker, owner, licensed instructor and I've started companies. I had the first map-based search utilizing Google Maps (built on the original Blueroof.com back in 2005/2006- I should have filed a patent), been a featured speaker at dozens of conventions and events around the country, founded a real estate technology company, Blueroof360, and along the way I've sold a ton of homes and have met some really great people.